If you don't listen to the music on this blog, you are missing out on 13:31 minutes of one of the great live southern rock performances: 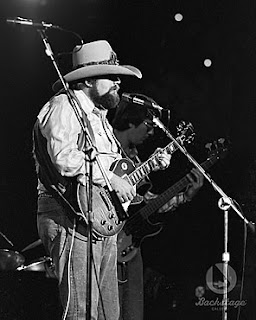 Thanks to FM radio, a suburban Pittsburgh kid like me got a heavy dose, starting with the Allman Brothers round about 1971, when long jams like "Whipping Post" and "You Don't Love Me" were getting heavy airplay on the more "underground" of the two FM rock radio stations.

That began a long love affair between me and southern rock, between Pittsburgh and southern rock. It was no accident that Charlie Daniels referenced "Pittsburgh Steeler fans" in his anti-Ayatollah diatribe "In America" in 1980. By that time, he, like all of the other southern bands, had played the city times too numerous to mention, and Daniels himself was being referred to as "Pittsburgh's favorite son." There was something that clicked between music from the south that felt real and a blue-collar city that didn't like pretension from its professional athletes or its music.

Always a bit skewed from the norm, here's my pantheon of great southern rock (in order): 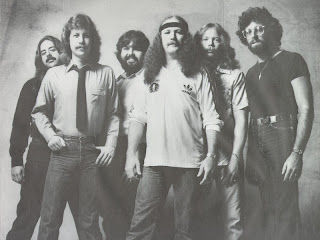 For me, southern rock was about guitar. For me, my first guitar hero was not Clapton or Hendrix, it was Duane Allman. While the airwaves were packed jamming guitarists who seemed able to solo indefinitely in every setting from British blues to prog rock, there was something about the sweet roundness of Allman's Les Paul tone and the beauty of his slide playing that set him apart from the pack. It was a matter of teenage male pride to be able to distinguish when he was soloing vs. when it was the more metallic tone of partner Dicky Betts. I don't know that the Allman Brothers created the dueling, harmonizing two guitar attack, but they certainly popularized it, and to my ears, no one has ever come close to doing it as well. Including later versions of the Allman Brothers. 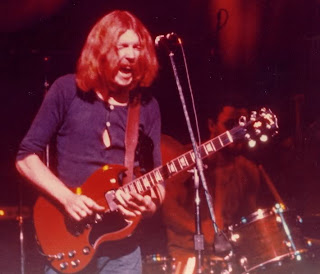 I had occasion to see the Allman Brothers at Three Rivers Stadium in 1973, but it was the tour after Duane was gone, and the band had made the wise decision not to replace him (as later versions would do) with another guitarist, but to modify their sound with a stellar piano player, Chuck Leavell. It was the tour of "Rambling Man" and "Jessica," and while we admired Betts' game attempt to carry the load by himself, the ghost of Duane loomed behind most every song.

But it isn't the Allman Brothers I want to talk about ultimately. Everyone knows they were great. It's my second favorite, The Marshall Tucker Band, who I reconnected with recently thanks to an Emusic gift card I received as I walked into the Pitchfork Music Festival a few weeks ago. You've got to figure that Tucker and Skynyrd and the rest of these bands didn't just spring out of nowhere, and so, while they had to be aware of what the Allman Brothers were doing, they must have had to figure out how to build on it, pay homage to it, yet still forge an original sound. Lynyrd Skynyrd never quite worked for me, though I came to appreciate Ronnie Van Zandt's sensibilities and songwriting (sorry, fans, but Skyrnyrd died with Ronnie way, way, way back when).

While Sophocles' addition of a third actor onto the stage led to all kinds of dramatic innovation, Lynyrd Skynrd's addition of a third guitarist led to, well, three guitarists. I mean, how many soloists do you really need? Why can't one play rhythm while the other plays lead? How much sonic space is there for three guitars? (Note to Springsteen: what's up with the 4 guitars in your band, buddy?)
While Skynyrd tried to one-up the Allmans by adding guitars, the Marshall Tucker Band always seemed to me to be pursuing an original vision. Sure, they had a kickass guitarist in oversized founder Toy Caldwell, and he could play with as much speed and taste as anyone who's ever crossed the Mason-Dixon Line, but flute and saxophone in a southern rock band? Really?

Marshall Tucker's songs are not examples of lyrical genius. Almost every song they wrote was about why the narrator needed to leave a particular woman or why he needed to come back to her. But musically, and live, their songs provided the structure for some of the greatest performances in southern rock. 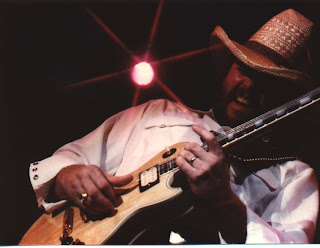 I challenge you to take the time to listen to the song I've posted above and then to tell me that the song really felt like it was 13 1/2 minutes long. First, it just rocks too hard on its basic D-Dsus4 riff for any listener to bother with time. Second, the guitar soloing is just too hot. Third, as Tucker stretches the song out, the variety of solos on guitar, fiddle (guest Charlie Daniels), bass, and then saxophone not only seem organic and natural, but also are so different from one another that you don't really want the song to end. If this song were an hour long, I would love it just as much. How often can you say that?

I saw Marshall Tucker once, opening act for the unfortunate Joe Walsh. They blew the doors off the place. Much as I like Joe Walsh, after Marshall Tucker's set, it sounded like Walsh was playing music that had been recorded at 45 rpm but was playing at 33 rpm. The spirit, the speed, the energy, the solos, the grits and grace, that was southern rock during its heyday. I miss those days. Spare me the confederate flag, but, yes, please, do "play it pretty for Atlanta!"

The Marshall Tucker Band is available at Emusic.
By: Bob at 11:40 PM

You will get to find out for yourself what's up with Bruce's four guitarists on September 10th. PS when Sister Soozie has no fiddle part to play, her guitar makes 5.

I think The Outlaws, Black Oak Arkansas, and Head East, deserve to be on the list. Was the the James Gang originally southern? Probably California, but they sure sounded like it.

It's funny how much Southern Rock is beloved in Pittsburgh. I'm sure WDVE still can't go an hour without playing a Skynryd song.

I always liked .38 Special the best, for some reason. I've always wanted to see the Allman Brothers and, even though they've played Star Lake (or whatever corporate name they're calling it now) every summer even before I moved, I never did go. I did see Skynryd once but I have to admit that I only went because Paul Rodgers was the opening act.

Every time I think of Southern Rock, I remember this compilation album that we had - I think it belonged to one of my brothers. It had a fried egg on the cover. I just remember the cover being pretty beat up, with torn and frayed edges. That one got played a lot.

James Gang was from Cleveland, OH.

Kurtz: you would have loved the Blue Oyster Cult encore when all 5 of them came out playing guitar for "Buck's Boogie."

Anon: you may have missed that the Outlaws are 3rd on my list. I never heard Head East.

Beck-Eye: I think we all hold a special place for 38 Special. They aren't really like the others; they just wrote catchy hit songs that still sound good.

Goofy: is Tom Petty from Jacksonville, too? or Gainesville?

Petty is from Gainesville.

I never understood why the Traveling Wilburys changed their pseudonyms from Vol. 1 to Vol. 3... Also was a shame that Del Shannon committed suicide; he would have been a great replacement for Orbison after his untimely death as well.

Nowadays we have The Drive-By Truckers, who some (including myself) would say out-Skynyrded Skynyrd back around "Southern Rock Opera" and then kept right on going with the 3 Axe Attack in full formation. If you haven't yet heard them, then I highly reccommend. But then again, Bob, I'm assuming you've heard it all before.

"Threw myself off Lookout Mountain..."