It's been three months since our last BOTG Mailbox Music Bonanza, an infrequent free sampling of the best music sent our way by bands and reps -- or, at least, the best of the stuff we actually hear. We receive several hundred music submissions every month. It's truly impossible to keep up.

So without further adieu, and in the order I received and was impressed by them, here is the best of the last two months' of BOTG Mailbox Music! Sample for free and consider helping out some artists by buying some at iTunes, Amazon, eMusic, or another site of your choice! This is Part One. Part Two will arrive later this week. 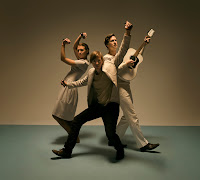 Would You Say Stop? - Acid House Kings
Simple question: Are you the kind of person who loves the songs you hear on iPod commercials or Kindle commercials, or do you hate them? You answer that question, and you'll have decided what you think of this Acid House Kings song. If it hasn't showed up in a commercial yet, trust me, it will. It's catchy as hell. I saw the band's name, and I thought it would be some trippy psychadelic nonsense, so I was delighted with what I heard. I want to see women in '60s boof hairdos doing the swim dance when I hear the song. I want people lined up with their arms around one another kicking like the Rockettes. This song makes me very, very happy. Official web site

Throne - Dujeous
This April collection is unusually high on the hip-hop quotient, which is to say three songs. It's not a genre over which I have much knowledge or mastery, so all I can say is I like what I like. The guitar riff on heavy repeat hooks my ear, and the mix between the falsetto singing and the Public Enemy-esque rap coming through a megaphone on the chorus is muy catchy. Official web site

Pop Song - Broken Bricks
A tightly-produced collection of punky pop songs, this particular one gives me an Elvis Costello vibe for some reason. From their EP Little Fugitives. Also worth checking out: "Boy Dressed in Blue" and "Boom." Official web site

Rio - Hey Marseilles
There's at least three songs in this list that introduce themselves with some kind of handclappy percussive number. In this, I am predictable: you begin a song like that, I'm gonna like it. It means you don't take yourself too seriously, and you don't ignore the power of the simplest instruments. A good song, and it's a shame they didn't use it in the movie I just watched with my three kids in the theater. Official web site

Outta Sight - Eclectic Method & Chuck D
You get Chuck D rapping with you, Ima like you. Another kickass funky synth/bass line, and a chorus you can memorize and chant along by the second time. Most especially, it's over before it wears out its welcome! 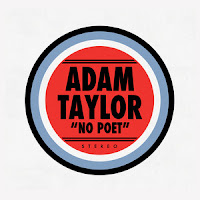 Jazzonia (Silver Tree) - Adam Taylor
The younger brother to a member of the band LIVE, this guy puts together a good and just-diverse-enough collection of alt-pop on his 7-song EP "No Poet." Only one song goes past the 3:30 mark, and half are under three minutes. He's got some growing and improving to do, but there's scads of potential in them thar hills. Official web site

Running With Insanity - Alcoholic Faith Mission
This band is one of the few who have so completely floored me that they move from my "BOTG Mailbox" collection into my "I truly love this band" collection. While I don't think they sound like Okkervil or Arcade Fire, they bring that same awkward off-kilter mentality to their music. You just don't quite know what they hell they're doing or thinking, instrumentally or vocally, and it's really tough to predict where they're going. But I keep listening, because whatever they're doing fascinates me. Maybe this is the kind of feeling people who watch NASCAR get, except I get it with music. Official web site 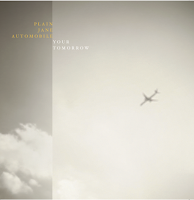 You Were Only a Song - Plain Jane Automobile
Muse. U2. If you can't stand either of these bands, then you might as well skip on down to the next song, because this band gives off plenty of both. You remember that scene in The Little Mermaid where octopus lady steals Ariel's voice? Well this dude totally stole Bono. Seriously, I promise I could tell people that Bono had started a new band called Plane Jane Automobile, and 90% of people would believe it. (Then again, 50% think Obama was born in Satan's ass somewhere in Saudi Arabia, so I guess fooling people isn't too difficult.) Point is, I like those bands, and this one shows a boatload of talent and promise on their debut album, Your Tomorrow. Official web site

Holy Saturday, Gloomy Sunday - Tigers That Talked
You thought I was kidding about that handclappy thing, dintcha?? Seriously, how can that introduction NOT rope you in?! As a rabid Frightened Rabbit fan, I was destined to be impressed by these guys. They sound a little bit more commercially ambitious -- which cuts both ways -- but this song is a mighty good start. Can't wait to hear more. Official web site

Atlantic City - Benjamin Francis Leftwich
Back in the '70s, someone would have placed this and Greg Laswell's "Girls Just Want to Have Fun" on a 45 and felt like they'd done something great. Both are haunting and stripped-down coffee-house covers. Springsteen lovers probably won't care for this much, but I like that he's taken enough risk to make it his own song rather than trying to sound too much like The Boss, which would be a foolish failure. Official web site 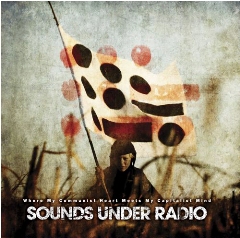 Sing - Sounds Under Radio
First, this is an arena-friendly pop song, and it's no wonder American Idol picked it up for their commercials. Second, any album titled Where My Communist Heart Meets My Capitalist Mind is an album I'm gonna sample. Third, I was somewhat disappointed in the latest My Chemical Romance album, and even though their song "Sing" is pretty catchy, I actually like this song "Sing" better. Good, good stuff this. Official web site

Remains - White Belt Yellow Tag
This song harkens back to some of the bombastic acts of the Brit '80s, and as a child of the '80s, I naturally mean that as a compliment. I daresay it's got an Echo & the Bunnymen vibe. The vocals are unapologetic, and I get the impression of a man who was singing so loudly the glass in the recording booth cracked a little. This music isn't afraid to reach skyward. Official web site

If You're Listening - Eject Pilot Eject
I hear this song, and I think teen movie soundtracks of the John Hughes and Cameron Crowe variety. The under-appreciated Katrina & the Waves come to mind when hearing this song, or maybe a more stripped-down and older school version of The Sounds. Their 3-song Face to Face EP is a great starting point, and I daresay someone will pick these pilots up and try to fly them to the next level. Official web site

Always - The Optimen
Tennis Party - Mr. Maps
Excuse Me Mister - Jackie Marshall
In early March we were sent a sampler called "Sounds Like Brisbane," a collection of up-and-comers from Australia (unless there's a Brisbane, Iowa, I'm unaware of). The last four songs in Part One are from this intriguing collection. You know how people always make fun of France for being, well, French and stuff? Nobody in the South makes fun of Australia. Most of us have, in our imaginations, deemed Australia this heaven-on-earth kind of destination. Granted, we have to forget all those depressing Midnight Oil songs, but any island that has given us Elle MacPherson, Nicole Kidman, Naomi Watts, Isla Fisher, Yvonne Strahovski ("Chuck") and even Hugh Jackman... well, it's understandable if you hate them because they're pretty.
By: Billy at 12:01 AM